We are now officially on Christmas Shutdown. We have some odd jobs to clear up but we are not officially back until the new year. 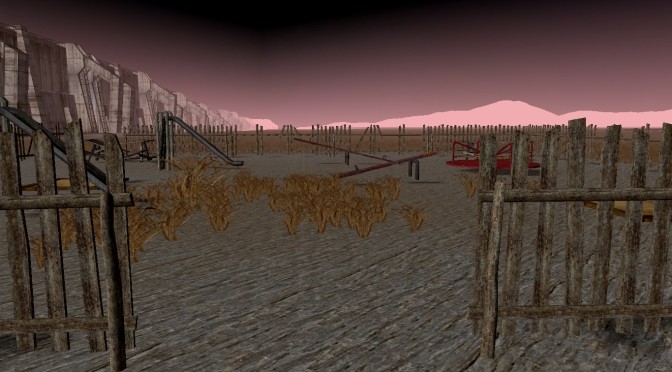 With some screen shots!

With Christmas nearly upon us, we have been dealing with orders for the yuletide season which means game development has slowed down. But not stopped 😉

Great British Adventure has been plodding along in its development quite nicely. If you have been following its progress you would have seen the screens of the road system that will make the town in the second section. Admittedly it did look quite bare, but we have been working on that!

Above is the second version of the creepy playground. (The title picture was the first version.) Includes creepy child laughter when you investigate!

The first set of Zombies have been added in the update. As well as a shotgun to deal with the issue at hand…

The first section of buildings have gone in. Above you can see the church were you meet the first zombie wave.

Your world ends with you.